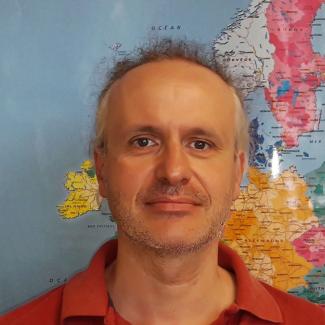 Michel Masella received the B.S. degree, in 1991, and the M.S. degree, in 1992, from the Ecole Normale Supérieure de Lyon, France, and the Ph.D. degree from the Ecole Polytechnique, Paris, France, in 1996.,He is a Research Engineer at the Commissariat de l’Energie Atomique (CEA) since 2002 and he is working in the molecular dynamics field. His research interests lie in developing new generations of molecular force fields and in developing new coarse-grained approaches devoted to molecular dynamics. He is the main developer of the simulation code POLARIS(MD). Granted by a SANOFI iTech Awards 2020 for advanced numerical tools to model Antibody/Antigen assemblies.