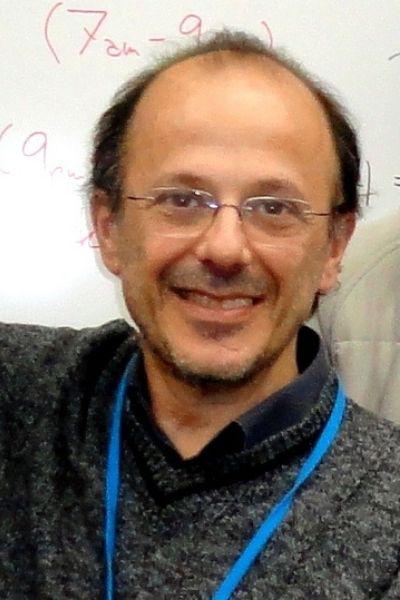 Sandro Sorella got his Ph.D. in 1985, and in 2005  became a full professor in condensed matter physics at the International School of Advanced Studies (SISSA) in Trieste.

Since 2013 he is a senior visiting scientist at the Riken Center for Computational Science (R-CCS) in Kobe, Japan, and in 2017 he has joined the Many Electrons Problem Collaboration at the Simons Foundation.

The scientific activity has been mainly devoted to the study of strongly correlated electron systems by advanced numerical simulation techniques based
on quantum Monte Carlo (QMC) and is reported in several papers in international peer-reviewed journals, and several invited talks: h-index 55 and more than 10000 citations (Google Scholar).

The main achievements concern the development of novel algorithms -now state of the art- based on quantum Monte Carlo, that have shed light on  High-Temperature superconductors, Mott insulators, spin liquids, and exotic states of matter.

In recent years, much attention has been devoted to the electronic simulation in the continuous space by means of QMC, and in particular to the study of Hydrogen at high pressure and to several carbon-based compounds such as graphene and nanotubes.

Role in TREX project: Leader of the Work Package 2, Code Modularization and interfacing.