TREX training and education is mainly intended for practitioners, as well as HPC developers in materials science simulations, but also has a strong educational component. Its activities consist of several hands-on workshops for code users and developers, hackathons, and a final school.

These events create new opportunities to facilitate the sharing of ideas among communities in different computational disciplines in molecular and materials science. Importantly, TREX events not only focus on the domain-specific software of TREX but also on how it is integrated on (pre)exascale architectures with the most advanced developments, for example, machine learning and data analytics.

Thus, we launched a testimonial series to give voice to the people who concretely benefit from the TREX training/education. 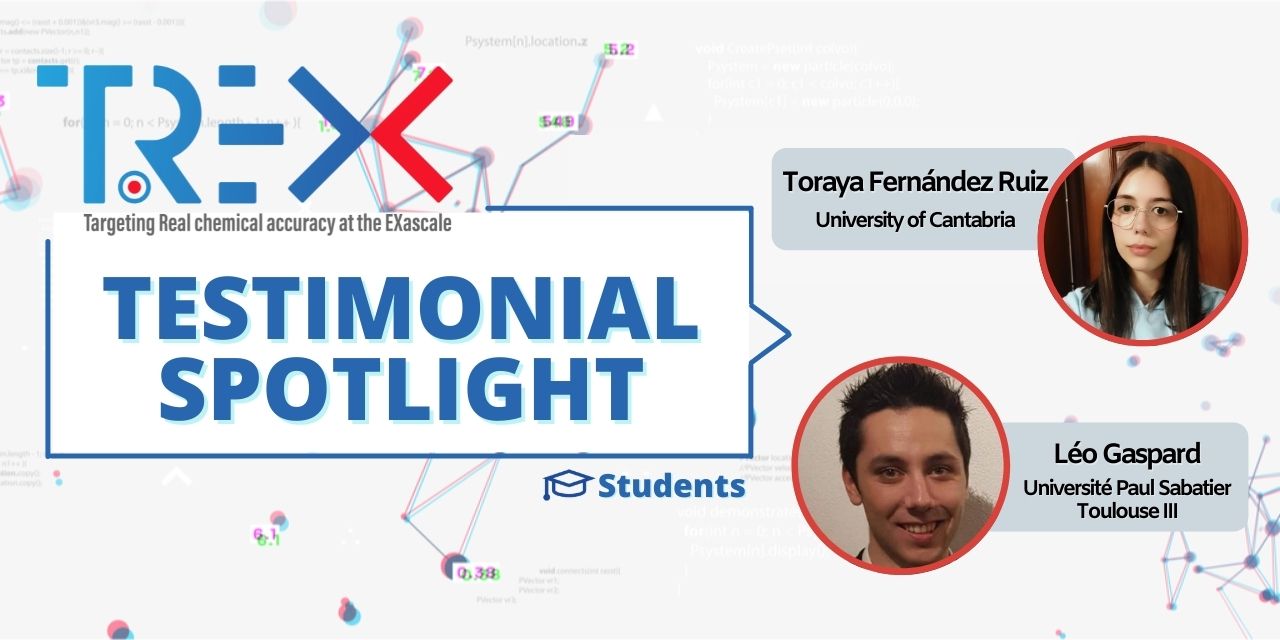 During the Luchon Winter School of the Erasmus Mundus training event, held from 25th of January to 8th of February 2021, Claudia Filippi (TREX coordinator) and Anthony Scemama (scientific partner) from TREX participated by teaching to introduce the basic concepts of Quantum Monte Carlo (QMC) methods and explain how to write a simple QMC program.

Two of the recommendable attendees shared their thoughts on the TREX workshop.

Let’s see what Léo Gaspard, a student in the second year of the Theoretical Chemistry and Computational Modelling Master in Toulouse (France), who is mainly interested in the interface between theoretical chemistry and solid-state physics.

I am studying computational chemistry because I like the way it gives us the tool to give "life" to the fundamental equations that describe the behaviour of the chemical species. The way that we can understand complex phenomenons using these equations combined with computer science is something that I'm passionate about.

Over this week, we were given an overview of many fields of computational chemistry (Hartree-Fock, density functional theory, Hückel model, Heisenberg model,  building nanoparticles, Quantum Monte Carlo, molecular dynamics, quantum dynamics..) and some methods for their implementation. The main takeaway of this winter school would be that one should not rush on a computer to code, but instead, it is very important to take the time to fully understand what we want to do and come up with a smart way of implementing the problem, which would save a lot of time and trouble. 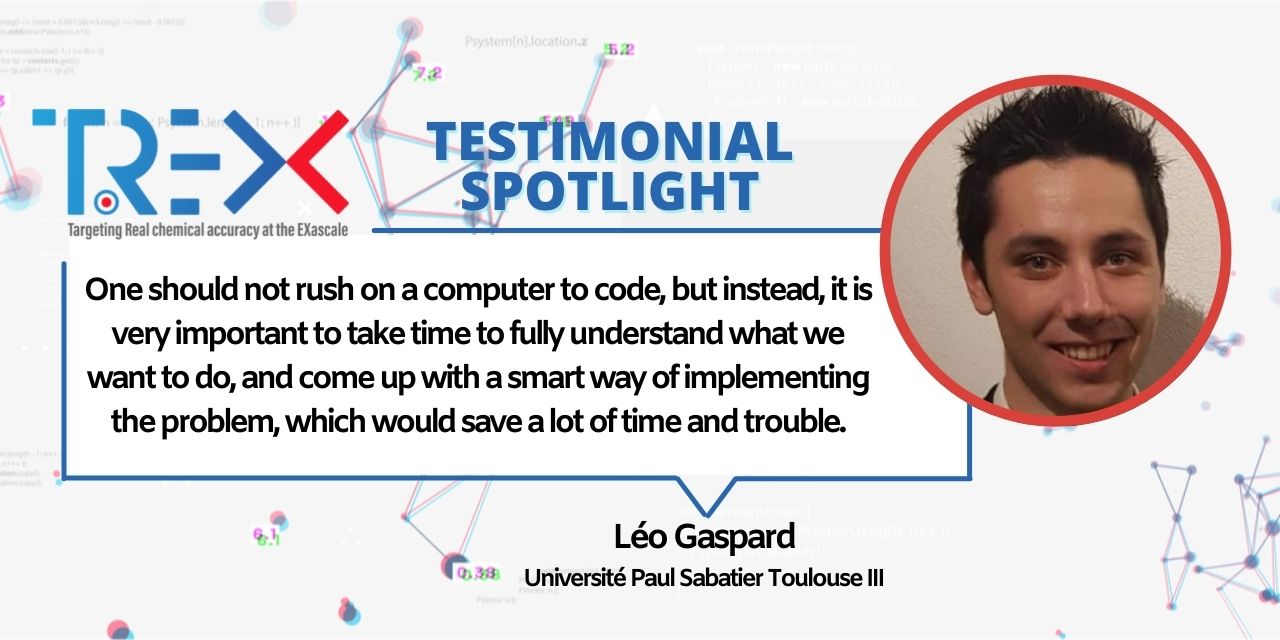 I have mainly learned a lot of practical skills about the topics introduced in the lectures. It was very useful. As most of us had already some background about the theoretical part of the seminars, I think it was important to work directly in the programming of a concrete problem. I also appreciate a lot that the professors who organized the practical sessions give us, in some of the trickiest topics, pieces of code so we could focus on the parts where we can learn more about the physical and chemical phenomena involved in the problem. However, we could also see some of the problems in terms of complexity and computational time of the problems, which was very instructive. 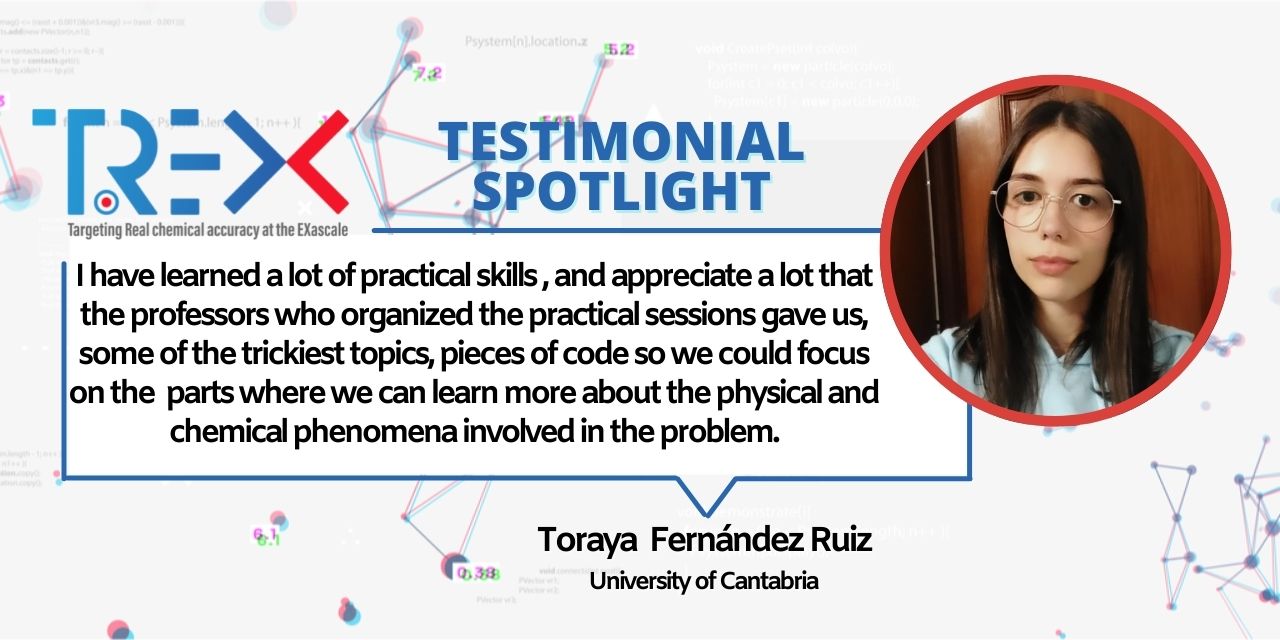 Stay tuned for the upcoming TREX e-School this coming July 2021. 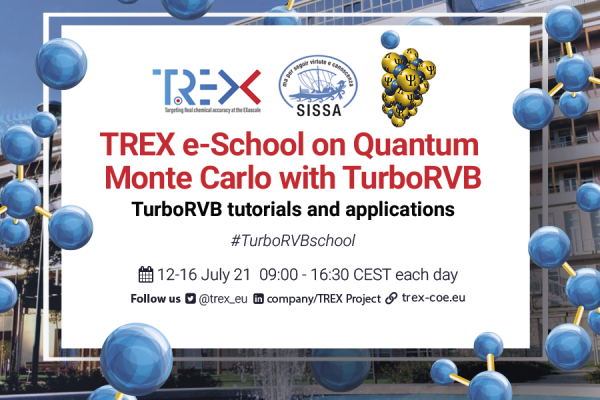 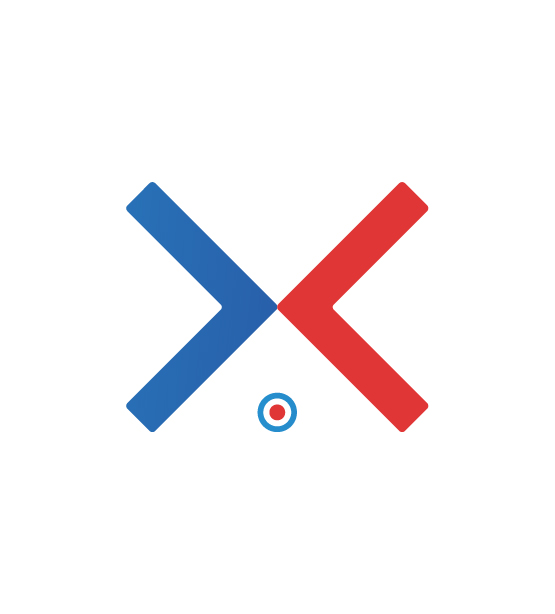 On 12-16 July 2021, TREX is organising a joint e-summer school in partnership with the International School for Advanced Studies (SISSA, Italy) and with the…
all news