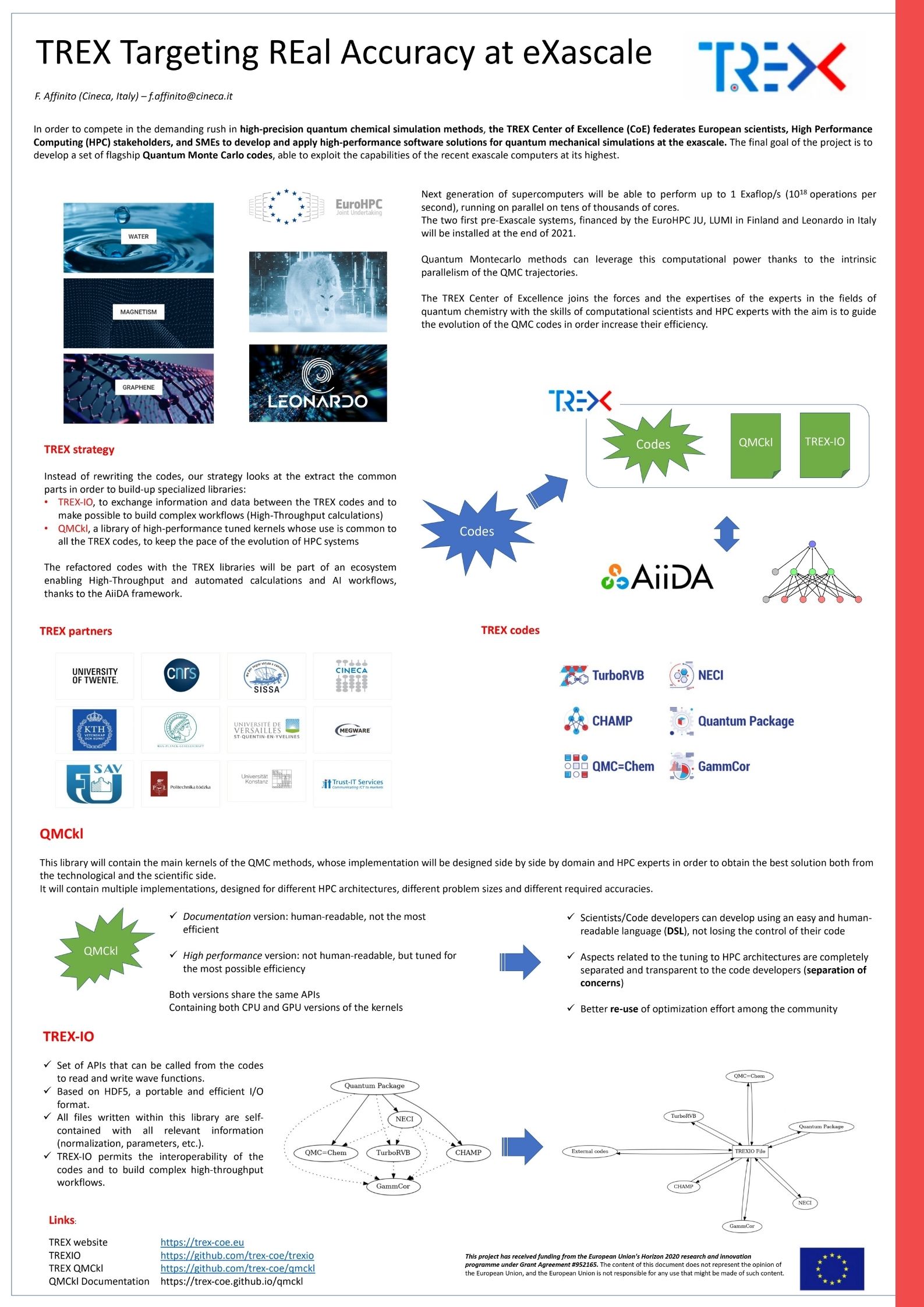 In order to compete in the demanding rush in high-precision quantum chemical simulation methods, the TREX Center of Excellence (CoE) federates European scientists, High Performance Computing (HPC) stakeholders, and SMEs to develop and apply high-performance software solutions for quantum mechanical simulations at the exascale. The final goal of the project is to develop a set of flagship Quantum Monte Carlo codes, able to exploit the capabilities of the recent exascale computers at their highest.

The next generation of supercomputers will be able to perform up to 1 Exaflop/s (1018 operations per second), running on parallel on tens of thousands of cores.
The two first pre-Exascale systems, financed by the EuroHPC JU, LUMI in Finland and Leonardo in Italy will be installed at the end of 2021.

Quantum Montecarlo methods can leverage this computational power thanks to the intrinsic parallelism of the QMC trajectories.

The TREX Center of Excellence joins the forces and the expertise of the experts in the fields of quantum chemistry with the skills of computational scientists and HPC experts with the aim is to guide the evolution of the QMC codes in order to increase their efficiency.